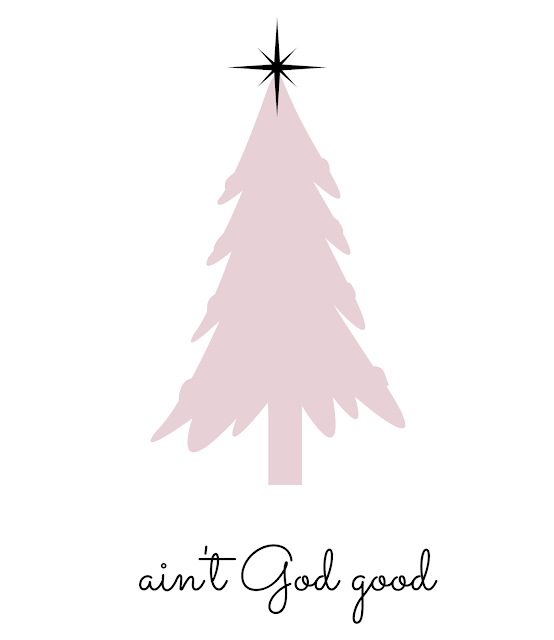 "Someone ran into me and totaled my car this week. Ain't God good??"
That's how the preacher started his sermon two weeks ago at a church we were visiting. Since moving to a new town, we've tried several churches, and they were all fine mostly, but as soon as I heard that man say that, I was pretty sure these were my people. He went on the tell the story of the accident as if he were a side character, and God was the Hero. I want to re-write all my stories to be like that.
Here's how I kinda feel like I want to write the story of this week:
I'm completely sleep-deprived, I'm at a loss in certain areas of my parenting and it has me scared for the future, the car I just bought broke down, and I had CPTSD flashbacks all this morning at work, which was humiliating and exhausting.
But as I walked into my apartment after my shift, a giant whiff of Christmas tree met me, and then I remembered what that preacher had said, and my heart felt it so much in that moment: ain't God good!!
My week was actually pretty great. I can't believe I have a body that keeps going even when it's tired. RAD. Parenting is so hard, but isn't it the hard stuff that is most rewarding? God cares about my kids more than I do. He won't let them go. I get to drive in a rental car for a few days which is fun, and I don't work this weekend so I don't have to pay for a lot of rental days. Yesss. The flashbacks? Well, I don't really know how those are good...but someday I might. And that's ok with me.
So basically, I don't know why Satan even bothers trying to get me down at this point. Like, please stop, you're embarrassing yourself. Don't you know who my Father is??
Everything's going to be ok.
Love you guys,
-Disney