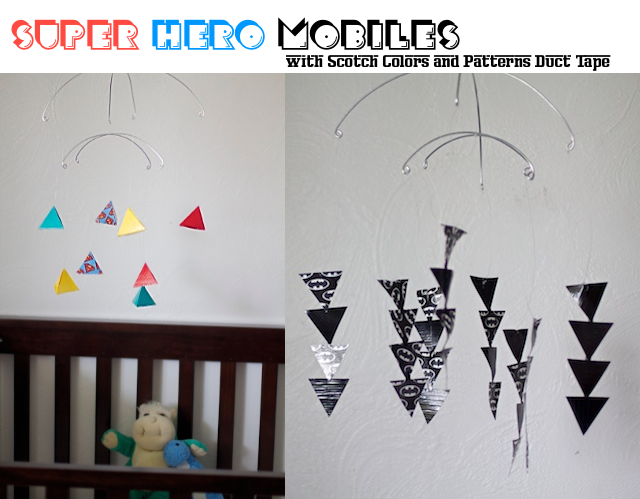 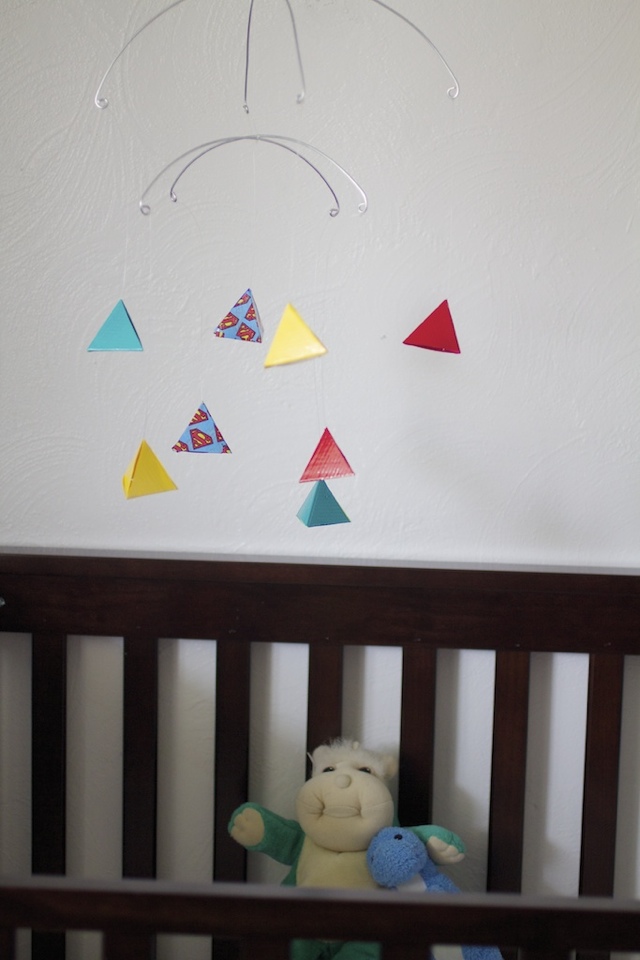 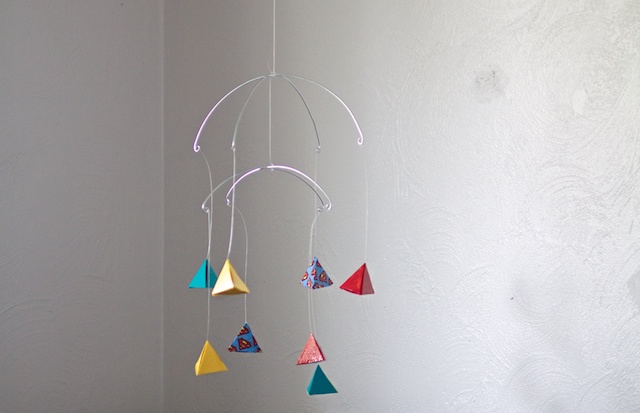 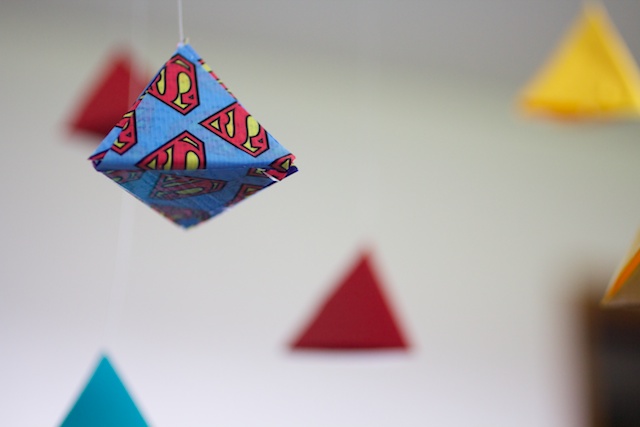 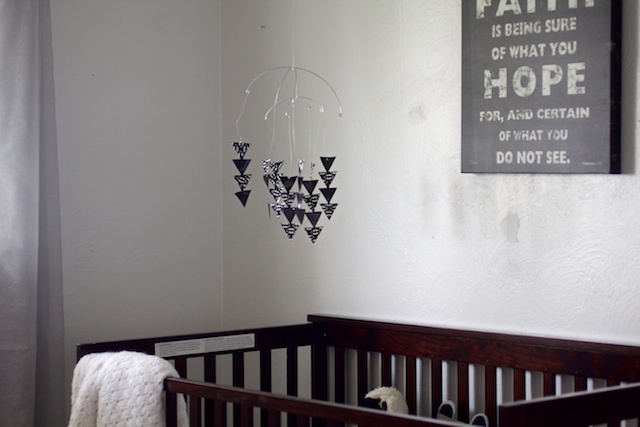 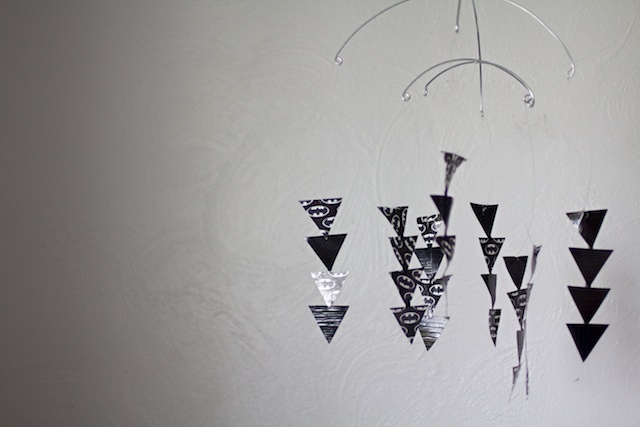 I was honored to be contacted by 3M a little while back about helping spread the word about their new Scotch Colors and Patterns Duct Tape and creating something fun from some of their tapes! I've seen awesome duct tape crafts all over the place, but I've never tried any before, so I was a little nervous to tell you the truth. Sometimes new things scare me. :O)
But this was really fun! I ended up coming up with tons of ideas for things to make and one of them was a baby mobile. I didn't really have a specific plan for that one, but I thought it seemed like something that would work. And that's the one they chose! Then I got to choose the colors/patterns. I was like: "Let's see...pink?...maybe Barbie?...no. You know what? BATMAN!" Not my usual look, but it just felt right. 'Cause, Batman, you know? :) I tried just making flat geometric shapes at first, but it looked a little...2D. So last century, dude. So I decided on pyramids, which, I figured out how to do all by myself! I'm not normally a geometry/origami person, so I was pretty proud of myself.

The first thing you'll need to do is create a top for your mobile to hang the pieces from. You can use a hanger, twigs from the back yard or pieces of doweling, but I chose to form simple metal pieces from 14 gauge wire, which you can pick up inexpensively from the hardware store. 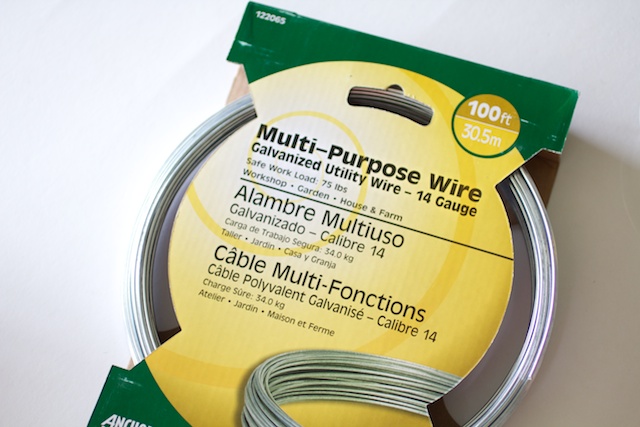 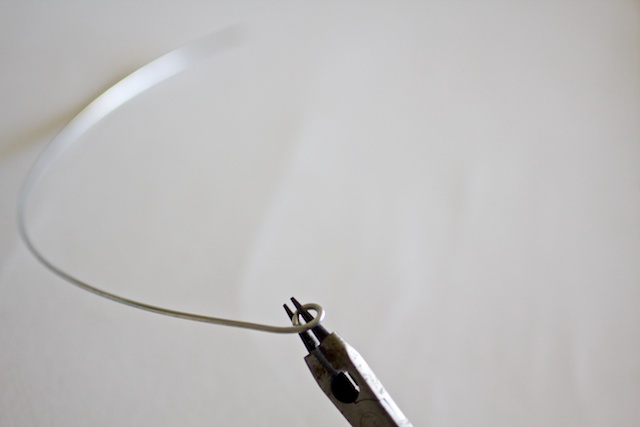 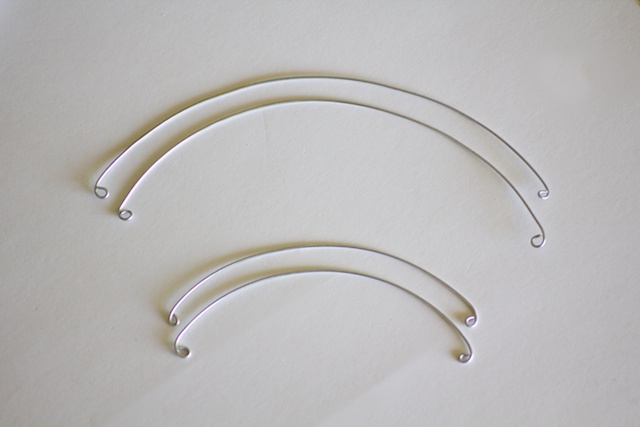 Then have fun creating your pretty pieces to dangle from them! We'll start with Super Man's pyramid mobile: 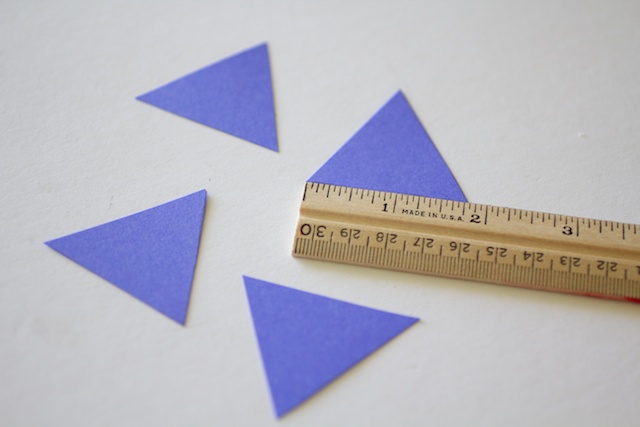 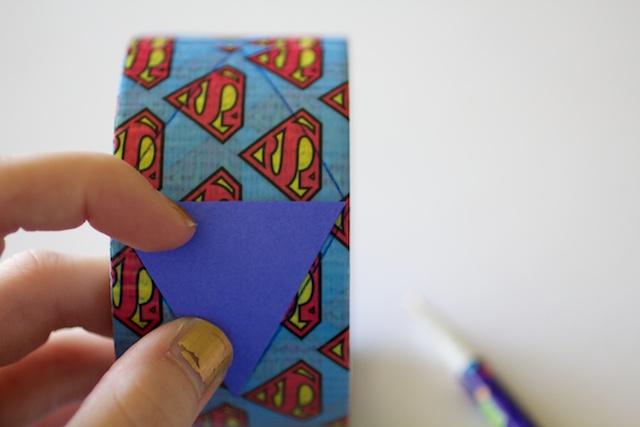 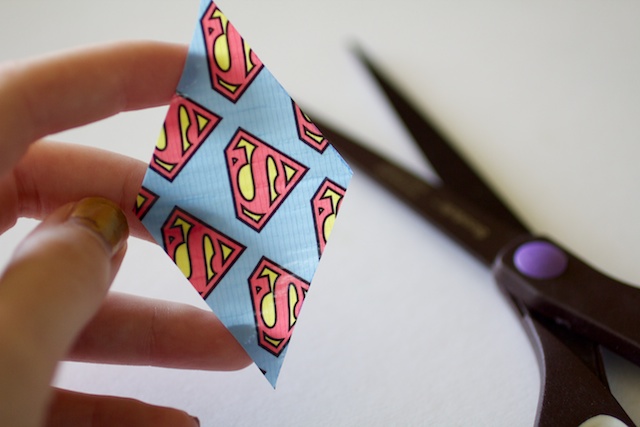 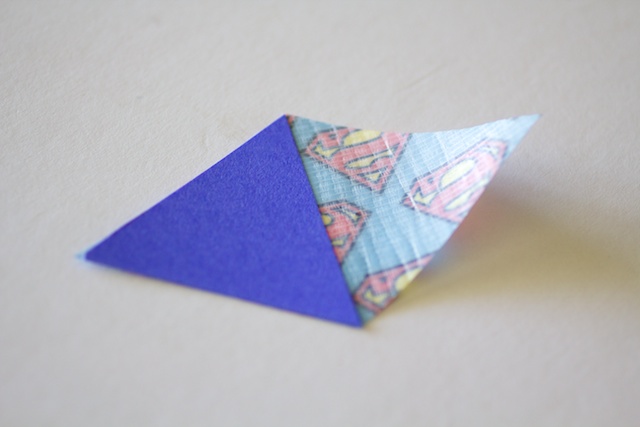 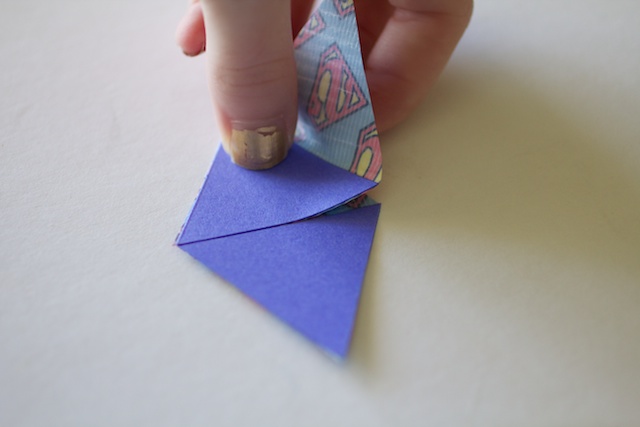 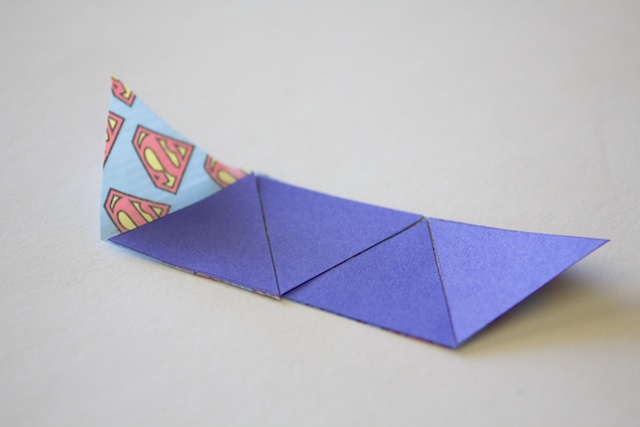 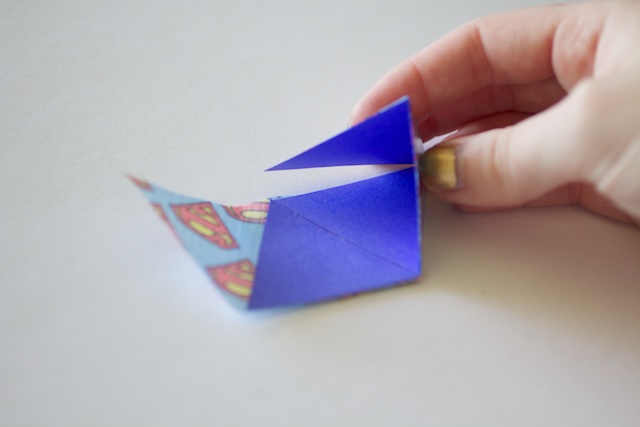 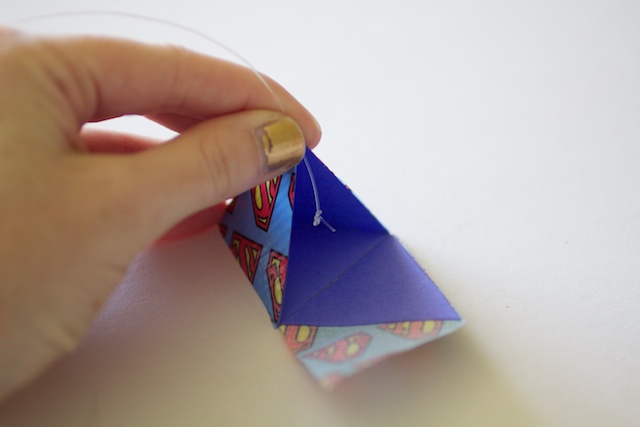 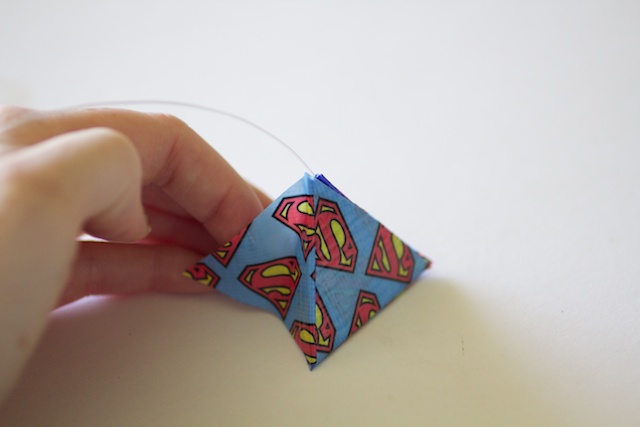 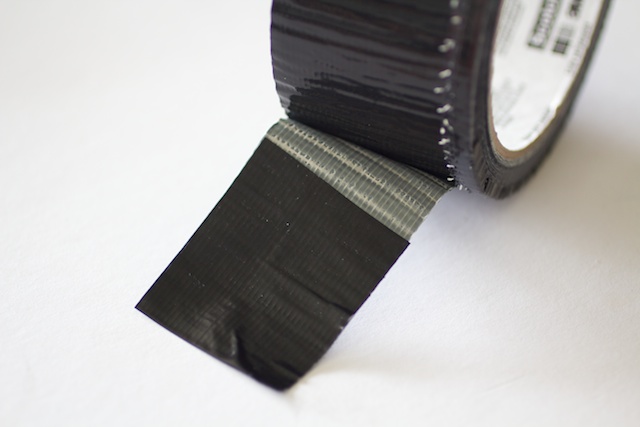 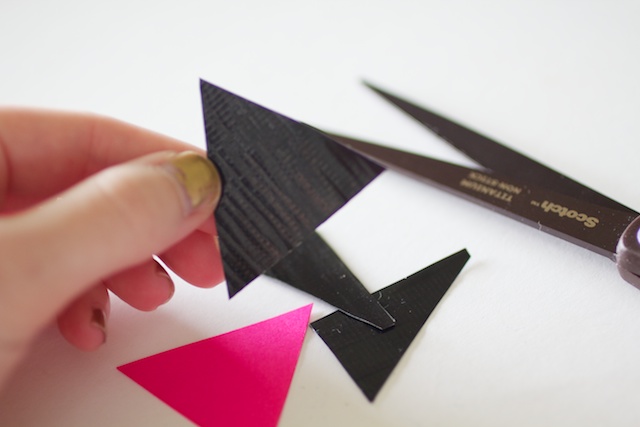 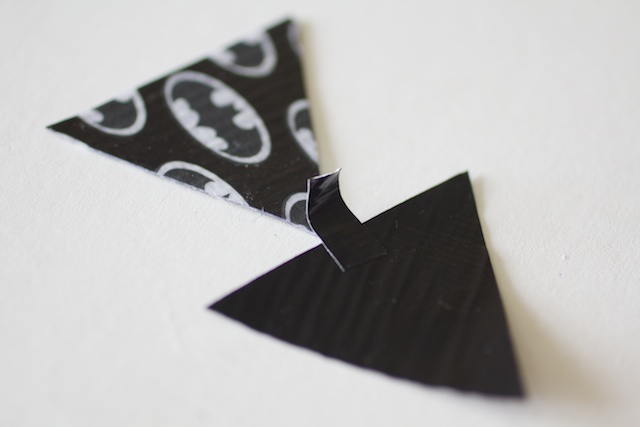 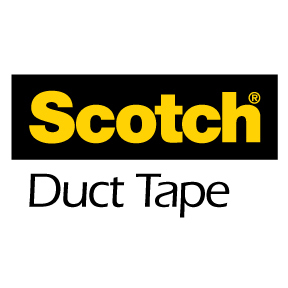