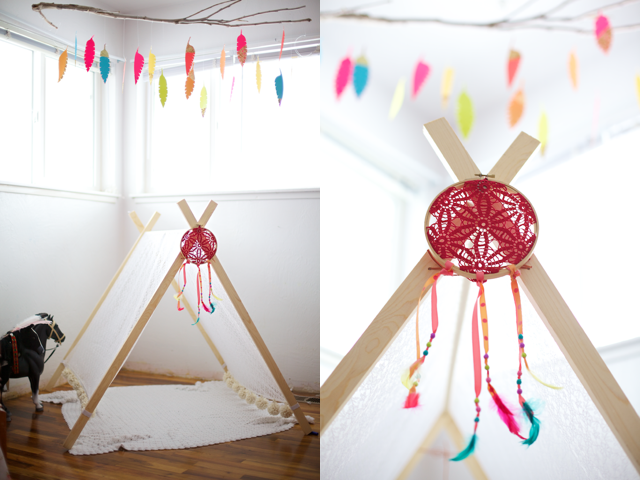 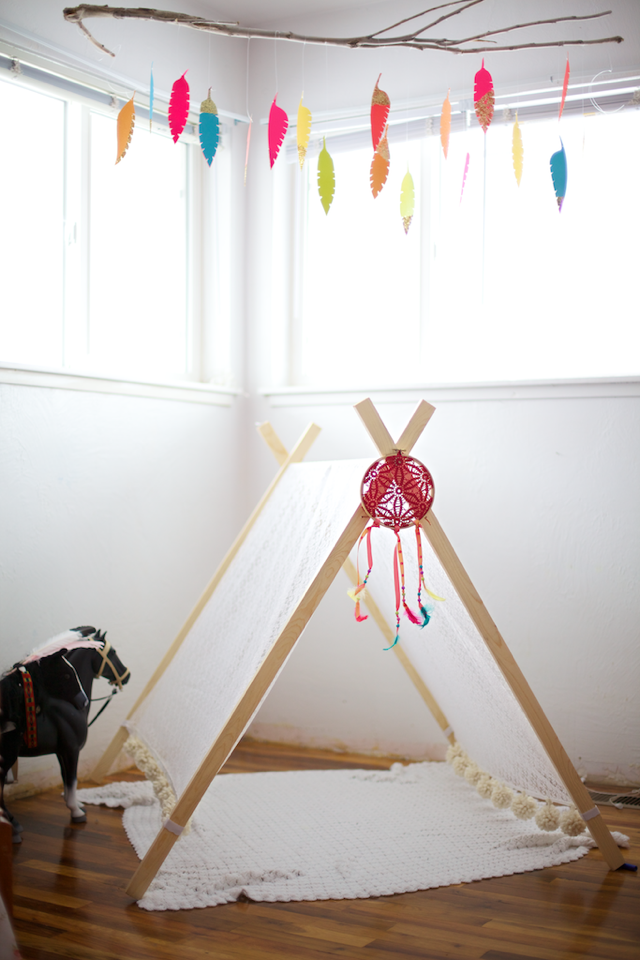 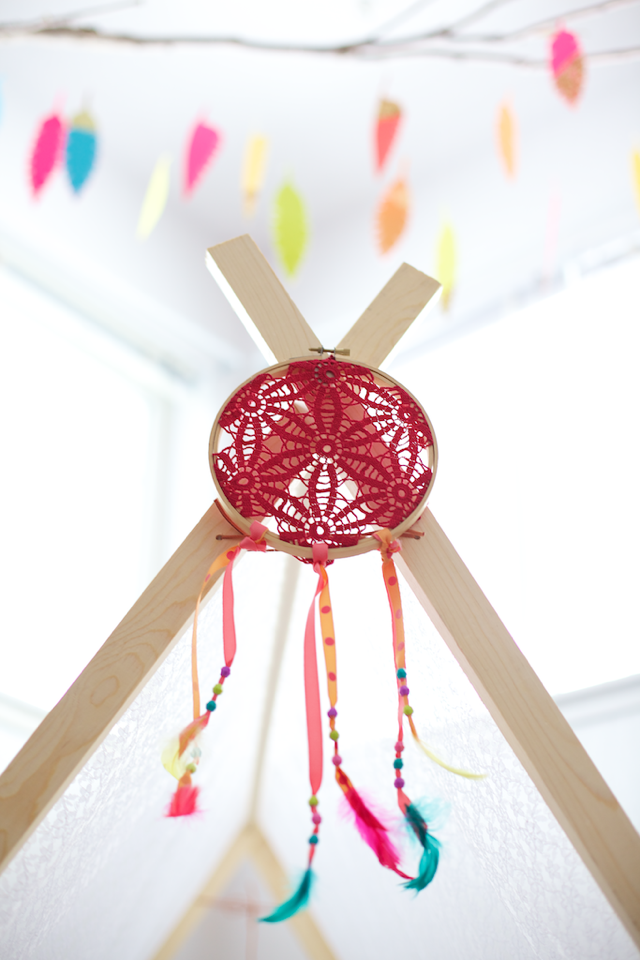 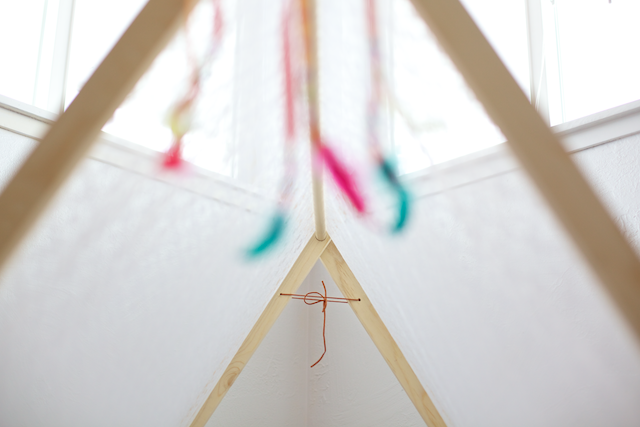 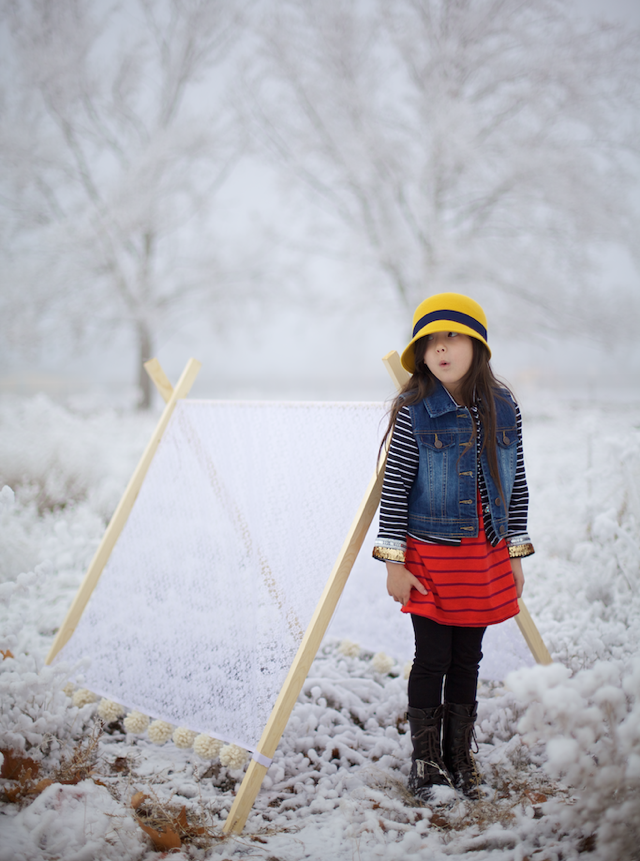 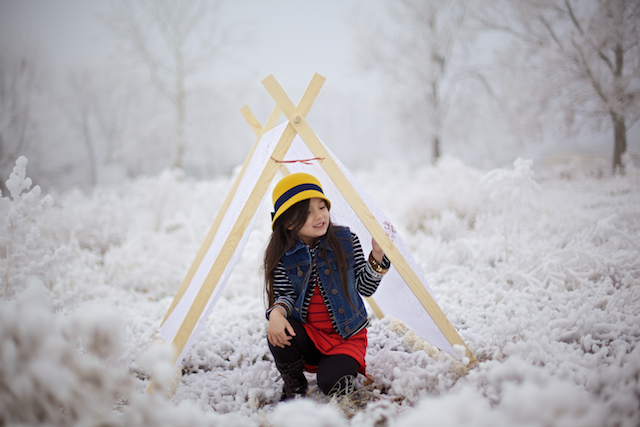 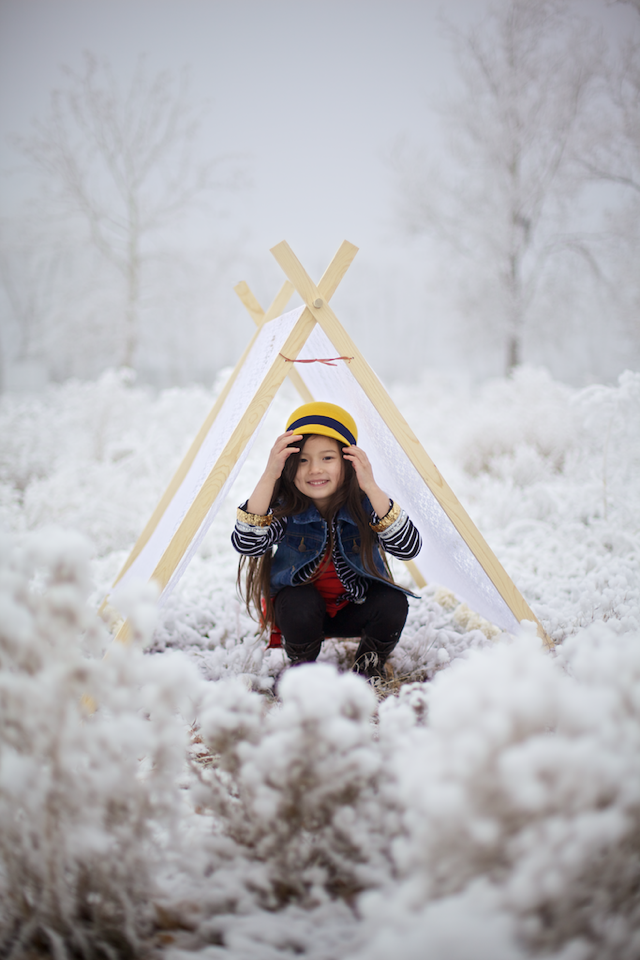 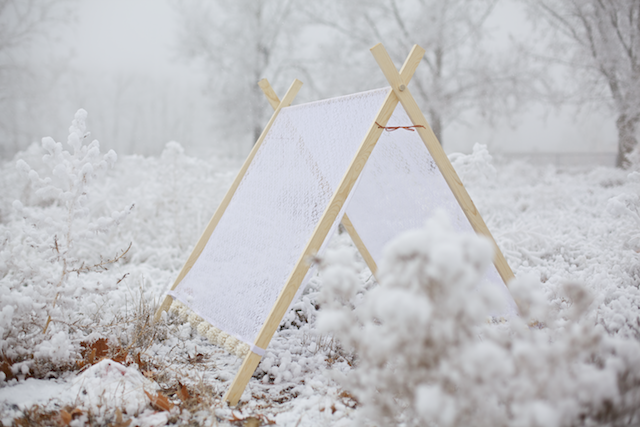 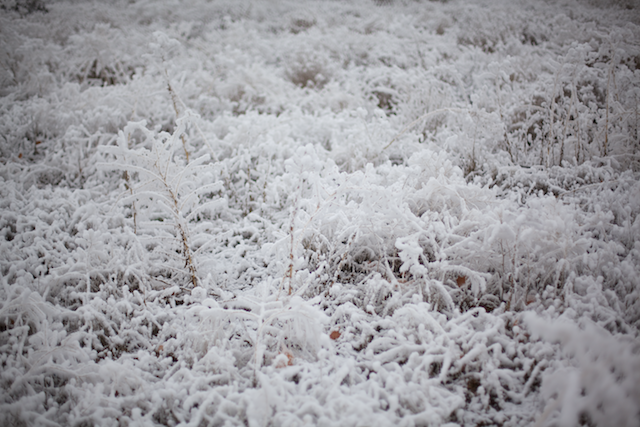 You guys!! I made the best thing ever!!
And I can brag about it being the best thing ever because it's not my idea. You read Cakies, right? Duh. So you've probably seen her super-easy tutorial for an A-frame tent. I'd seen the post before, but when I got to the spot about the "spade bit" I was like: "Oh no! I don't know what that is...I can't do this." (I get scared like that about some things...) But for Christmas I was determined to make one for Paige so I went to Lowes and **all by myself** figured out what a spade bit was and bought it. (Not scary after all, although it looks a little fierce.) And the wood of course, which I was happy to discover was all precut to the size I needed. Awesome.

So what I'm telling you is, you can make this. It's so easy you'll die. AND if you already have the fabric (or an old sheet?) it will only cost you about $15. Nice.

The only thing I had to switch up from her tutorial was an added bit of leather cording to keep the frame from going past a certain point. I only had to do that because my hole-drilling skills aren't the greatest so there wasn't a tight enough grip on the dowel.

Isn't it cute, though? I want to make some different fabric cover options for it so we can switch it out now and then. Of course Paige loves it. She's already slept in it a couple of times. :)