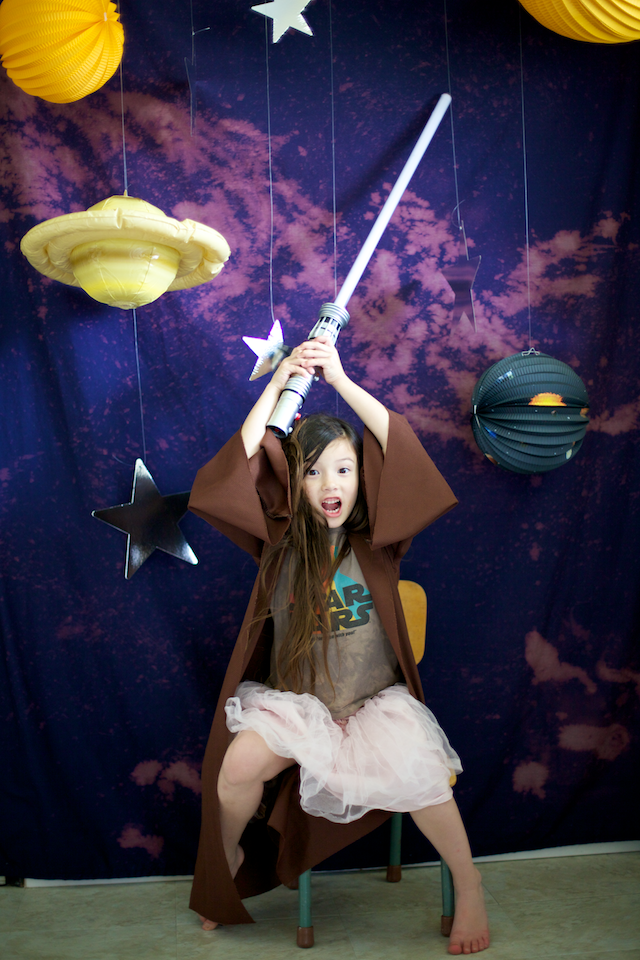 So we threw a party! A Teenage Mutant Ninja Turtles-Star Wars-Pokemon themed party! 'Cause why not? The only way it could have been geekier is if we demanded cosplay for all attendees. Which was so tempting. ;o)

Star Wars and the TMNT were totally a part of my childhood, so I loved throwing this birthday together. Too awesome. I mean any reason to buy a life sized storm trooper cutout to put in your room afterward, right? Guests were greeted with a blaster in their face. Excellent! 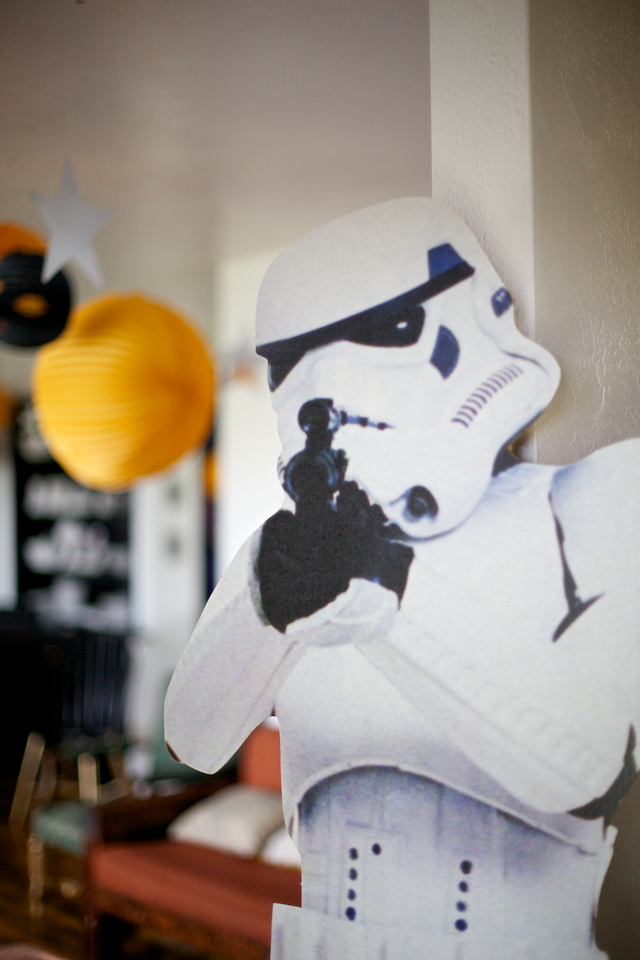 We hung stars and "moons" from the ceiling... 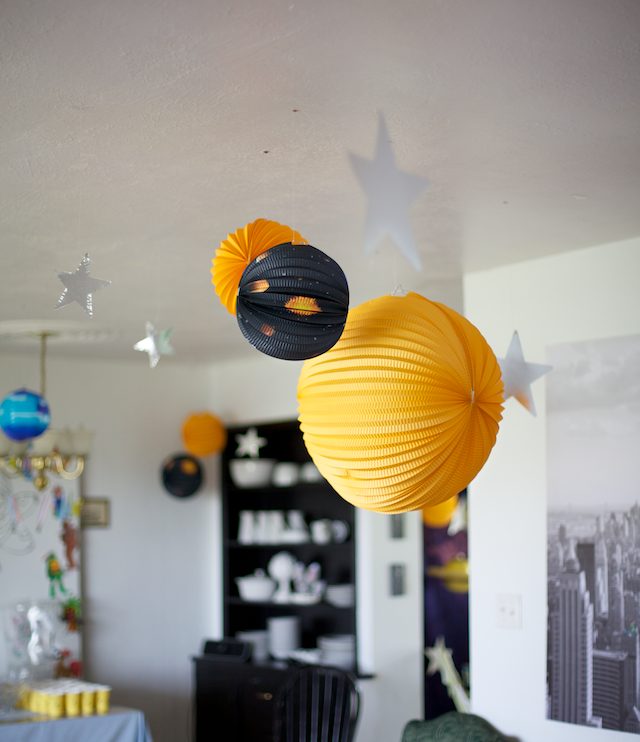 And made the ever-popular pool noodle light sabers, which the kids had a blast hitting each other with outside. 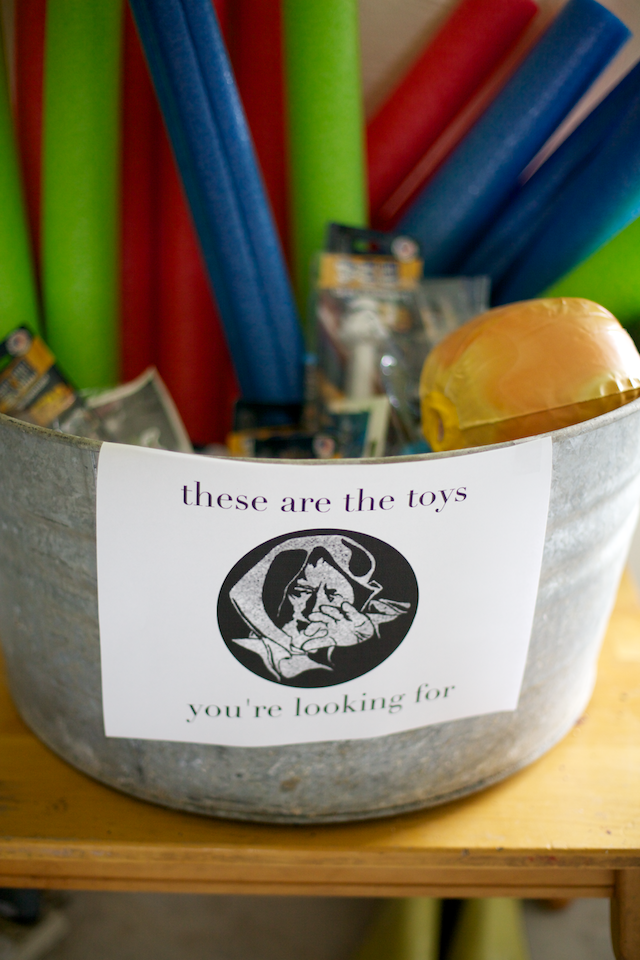 I hand drew Pikachu onto a million yellow paper cups with a black sharpie. He's so cute!! 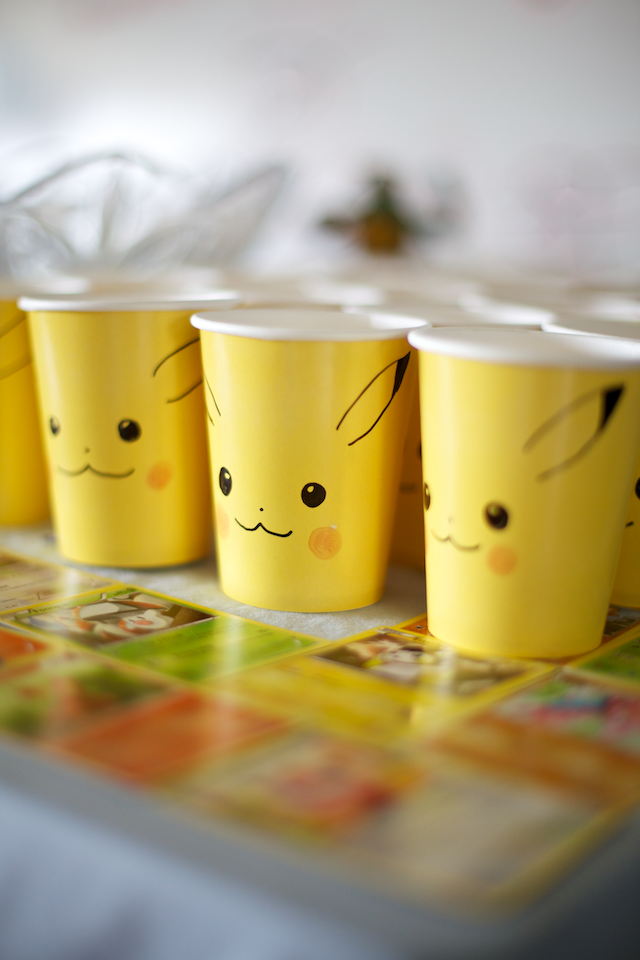 Terrible puns were everywhere. I just can't help myself! "Charmander"in oranges, green "leafeon" salad, I mean it's too easy. I wish I'd done "wookies and cream" ice cream, but I didn't think of it until it was too late. :O) 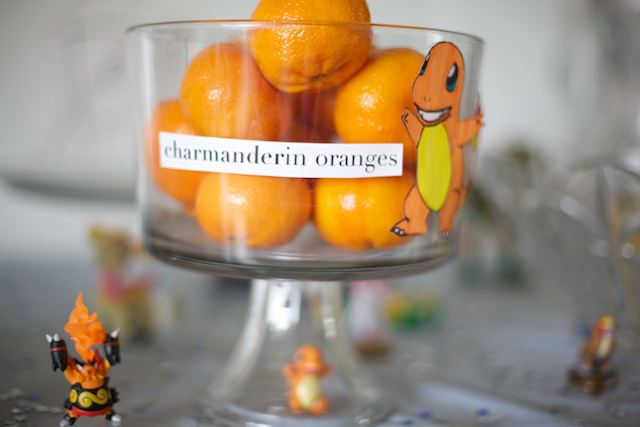 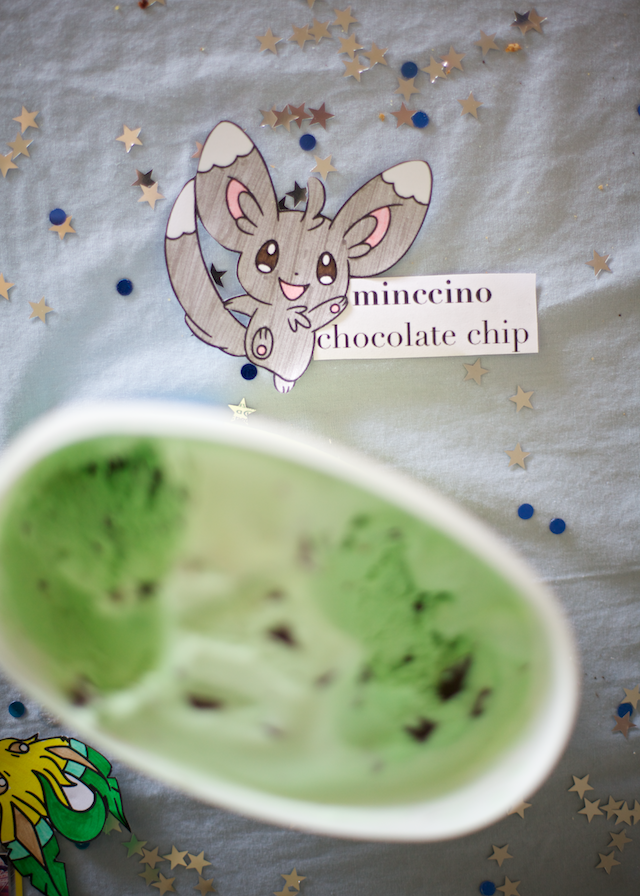 But the plates were my favorite. DUDE. Death star with a pokeball. I mean, someone out there gets this, right?? I'm amazing!! :O) I printed out a death star image and colored in the pokeball with crayons then double-stick taped it to the bottom of clear plates. 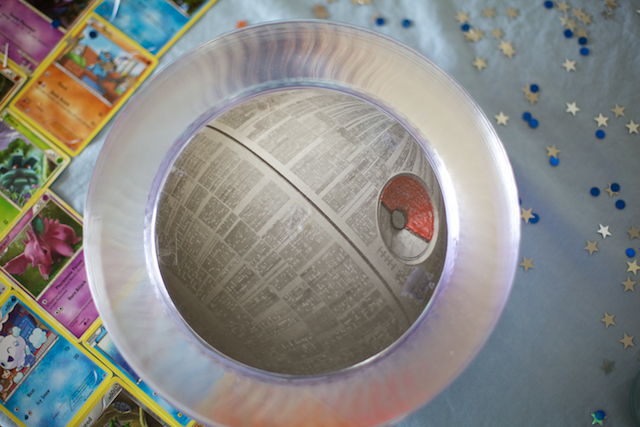 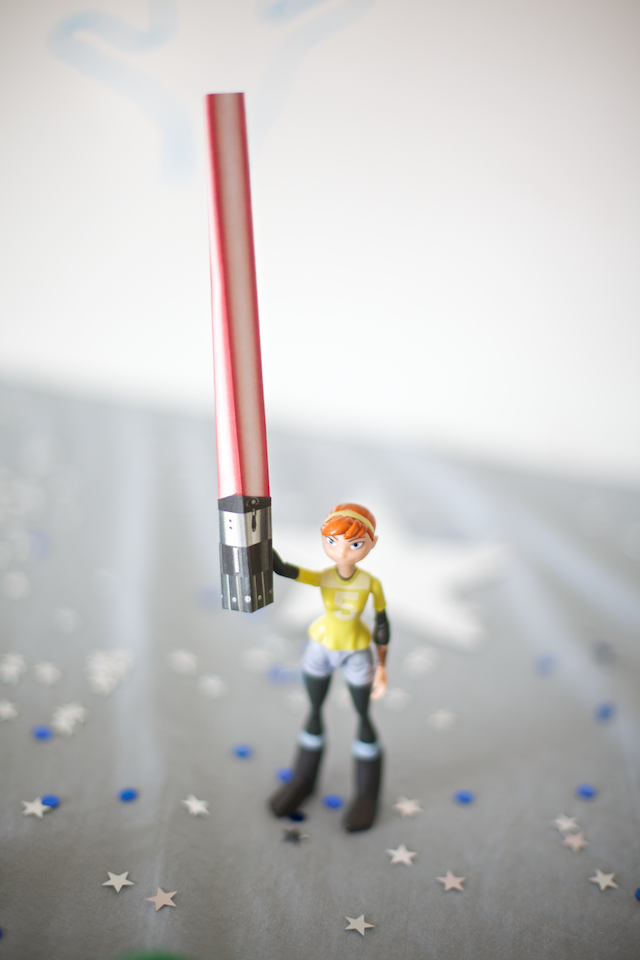 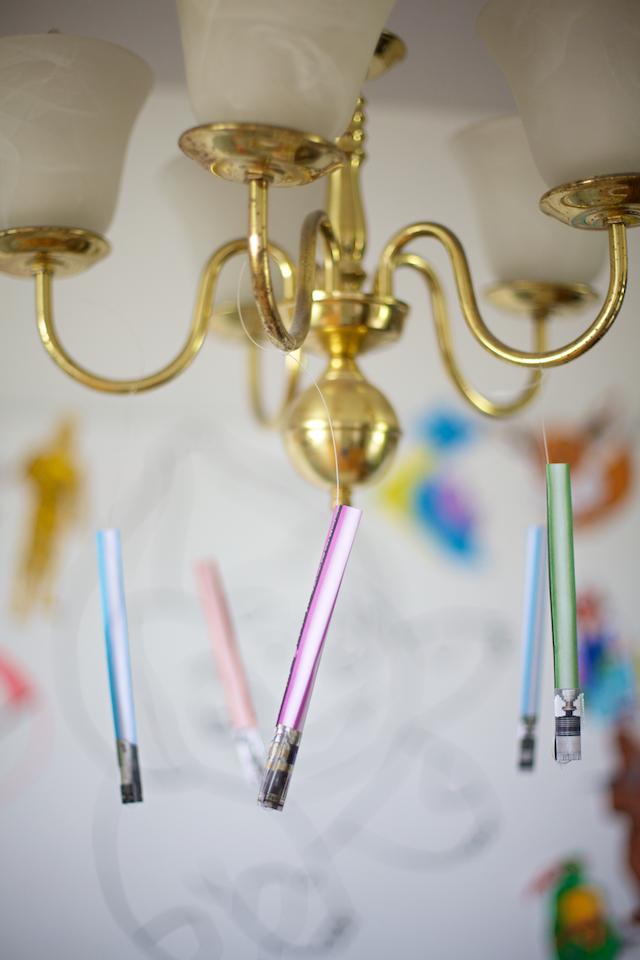 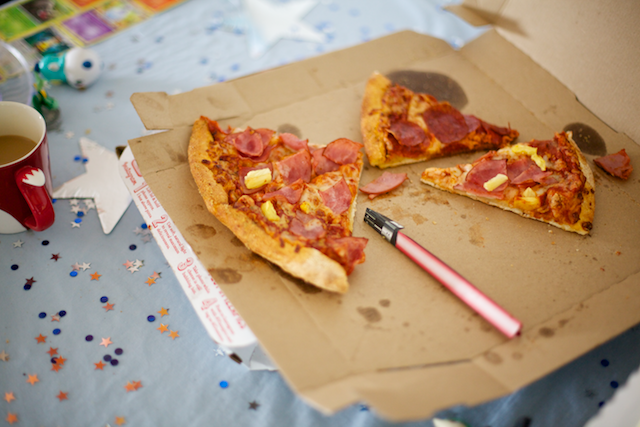 And HOW COOL IS THIS CAKE. I can't believe I made this! I mean, not the actual cake, yuck, no, but the Darth Vadar silhouette. I cut it out of an edible sugar sheet with my little craft knife. It turned out so awesome!! 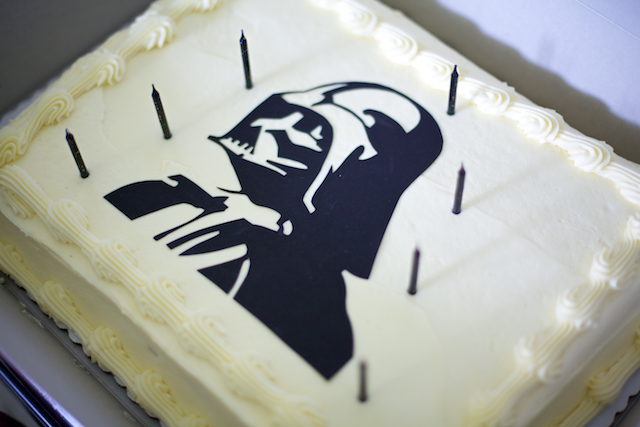 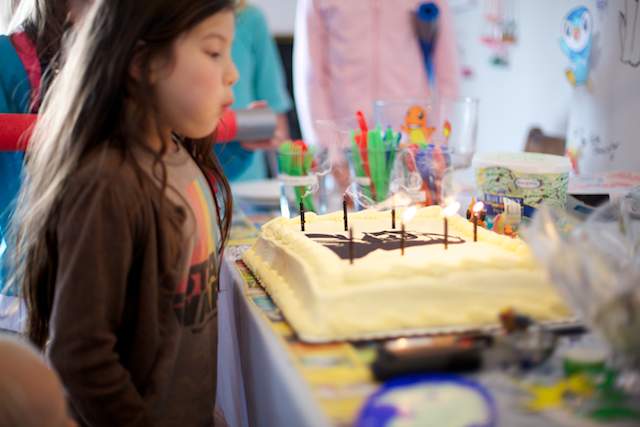 I sprayed a blue sheet with bleach for a galaxy themed photobooth. The kids dressed up in dress up things we had lying around. They were so adorable! 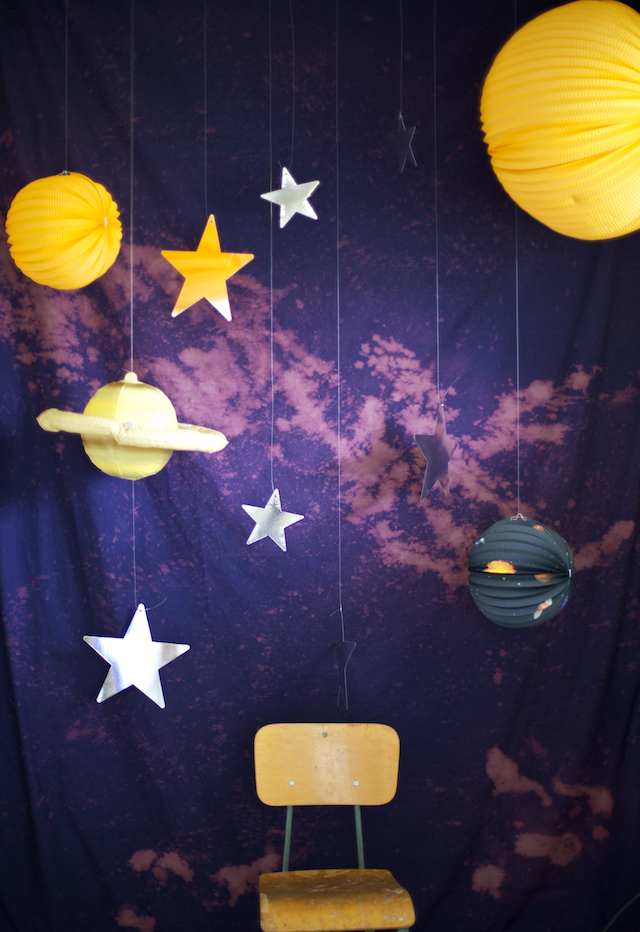 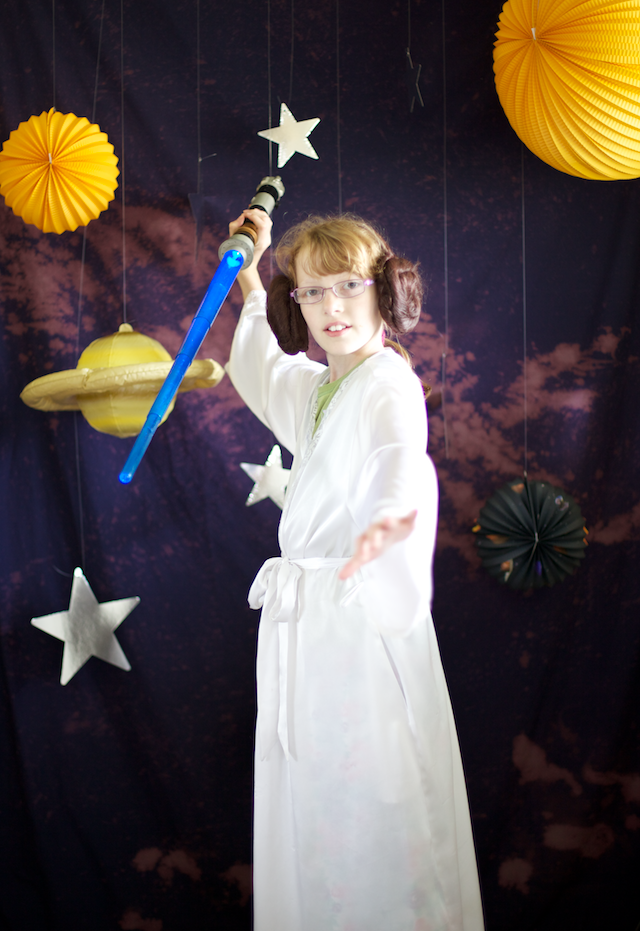 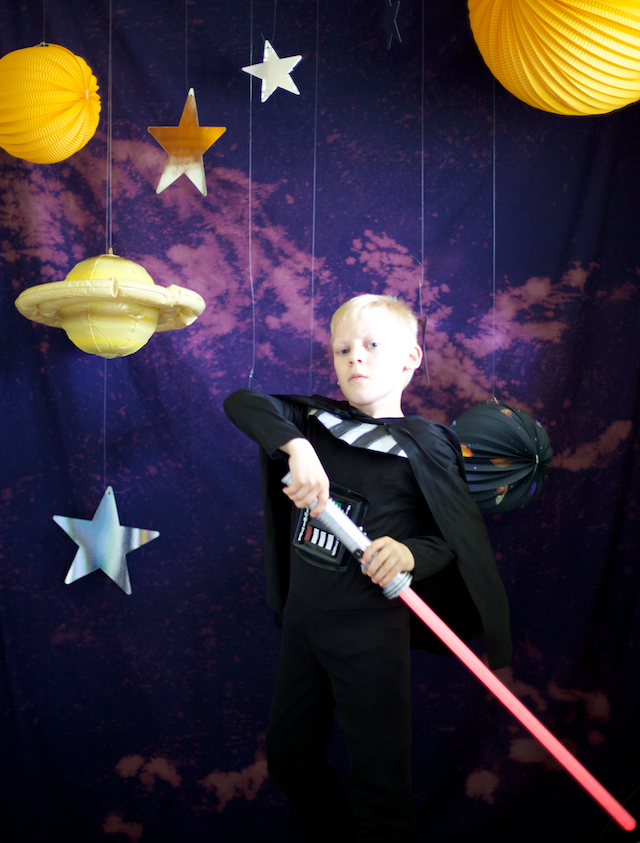 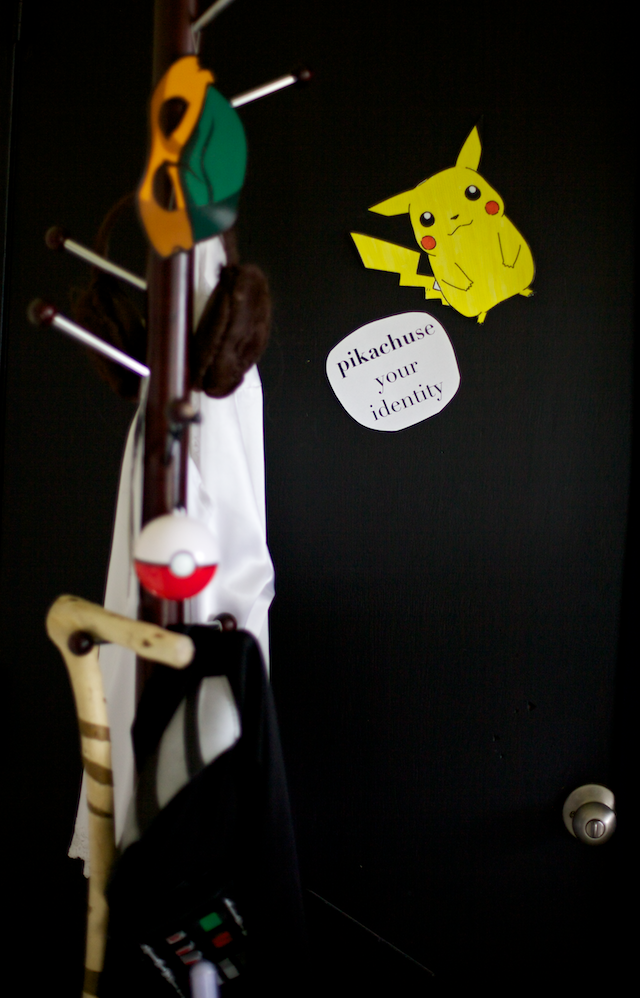 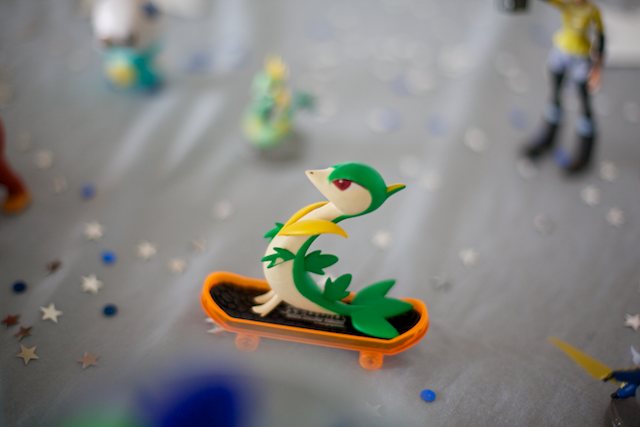 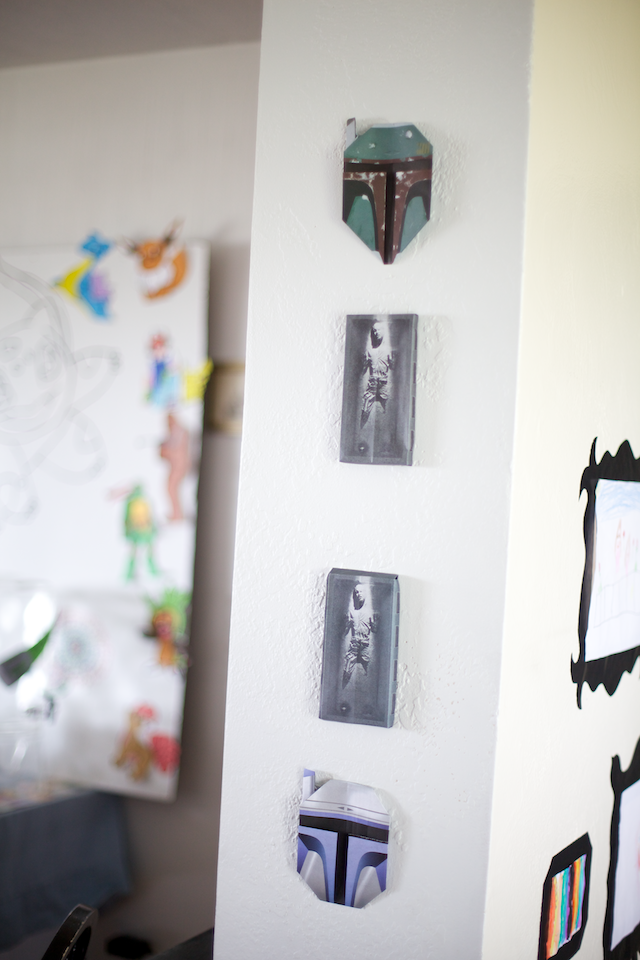 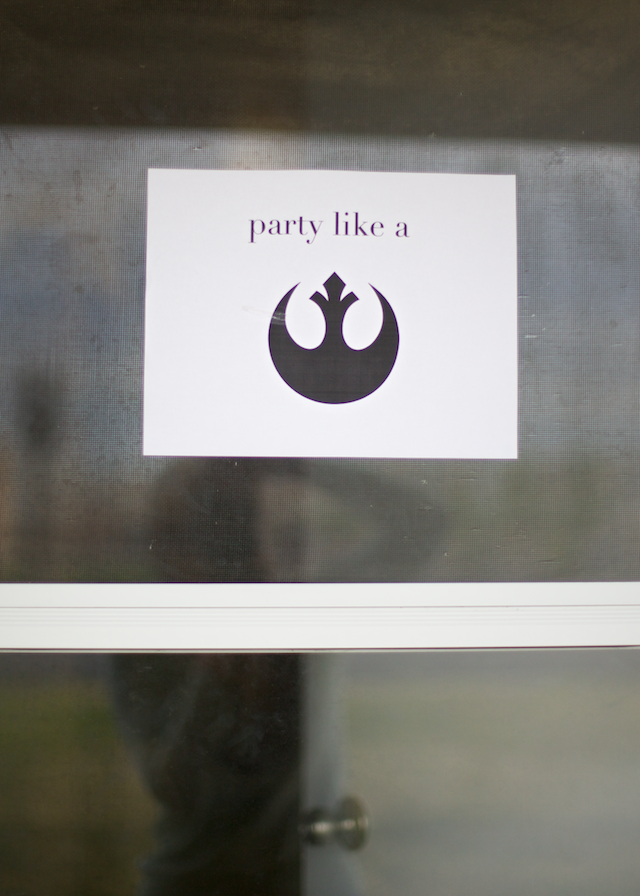 So...hopefully a few of you out there are fans and get some of this. Because it was so cool. :O) If not, well...I mean the cake was cool at least, right? You have to admit, the cake was pretty sweet. :o)

Seven years with my sweet Paige. What a lucky person I am. And I love that she's into whatever she's into. She would have loved a "Frozen" party or a tea party or a princess party, but what she really wanted was Ninja Turtles and Darth Vadar and Ash Ketchum, and I think that rocks. She told me the other day: "Mom? I think I'm a kind of a tomboy, because sometimes I just like things boys like. Skateboarding, tennis...meatloaf. Stuff like that."

I don't think I've ever made meatloaf...?

:O) Have a great night, friends.
Happy early/late birthday to everybody!
Love you,
Disney