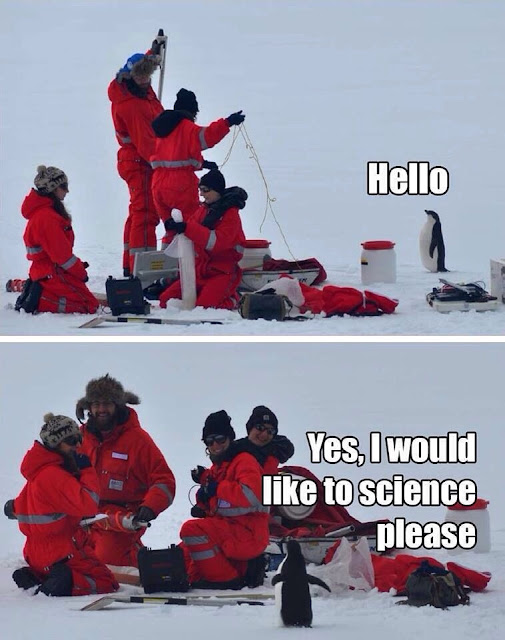 I am this penguin at this point in my life.

A few months ago, I accidentally clicked a sidebar video on youtube that attempts to explain quantum mechanics to seven year olds. The guy had a British accent, so I kept watching. (I mean.) Three hours and a million videos later, I had convinced myself that I could possibly be the one to solve the mystery of wave-particle duality. (I told you. I'm an optimist.)
I'm in magical, twirling, swooning, puppy love with science right now. Particularly quantum physics, because it's so fascinating. I WANT TO KNOW THE THINGS. All the details of creation just make me love the Creator so much more. So you can imagine my excitement when American Girl announced their Girl of the Year, Luciana Vega, who is into STEM, and wants to be the first kid on Mars. How cool is that theme for an American Girl character?! Plus, she has a permanent purple streak in her wig, and (even though it's not pink) I love the sassiness of that.

The doll itself is just so beautiful. Luciana is Latina (Chilean) and I love her coloring. She looks beautiful in everything! 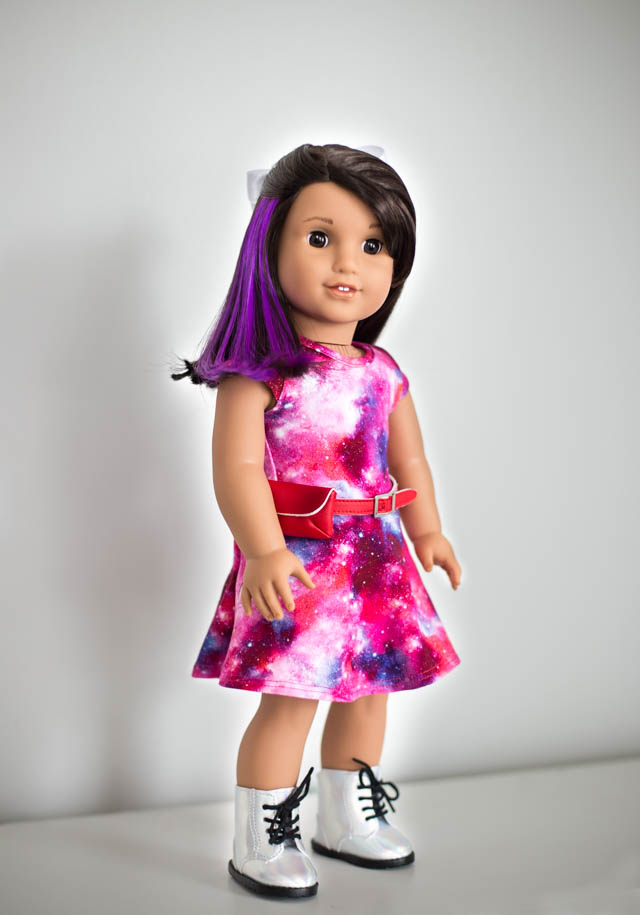 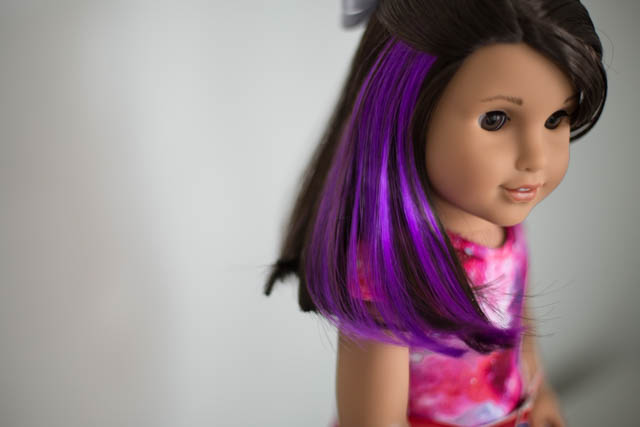 Ah! That purple streak! :) We pulled her hair up so you could see it well, but it is pretty discrete when her hair is down.

When we opened the box, we were so surprised to also find her space suit in it!! I was so delighted to have the actual suit, but it was also the gesture that just felt like a warm hug from them. I know that's silly, but it was just such a sweet, unexpected surprise. It made me feel loved. They are such a kind and generous company.

So the kids and I put on Luci's space suit and went to the moon for a photoshoot. And if you're thinking that the moon looks a lot like a huge mound of shoveled, dirty snow in a parking lot...well that's just silly. There aren't even cars on the moon, why would they need parking lots? 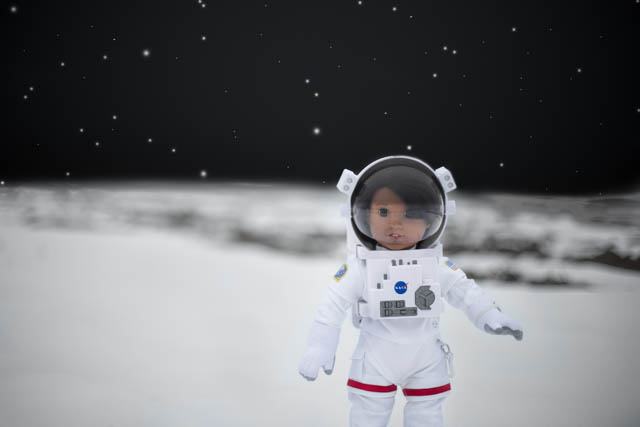 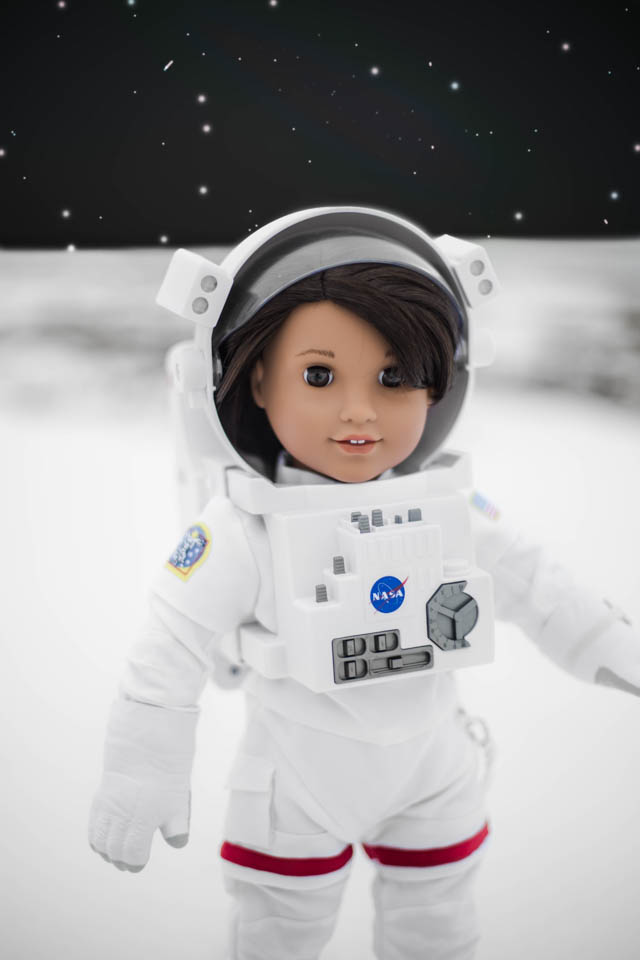 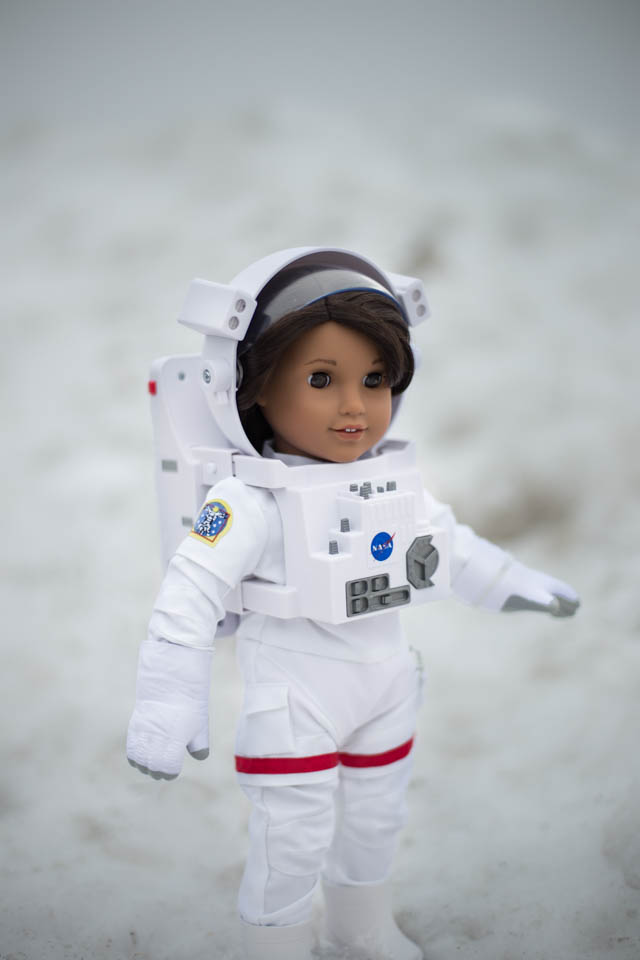 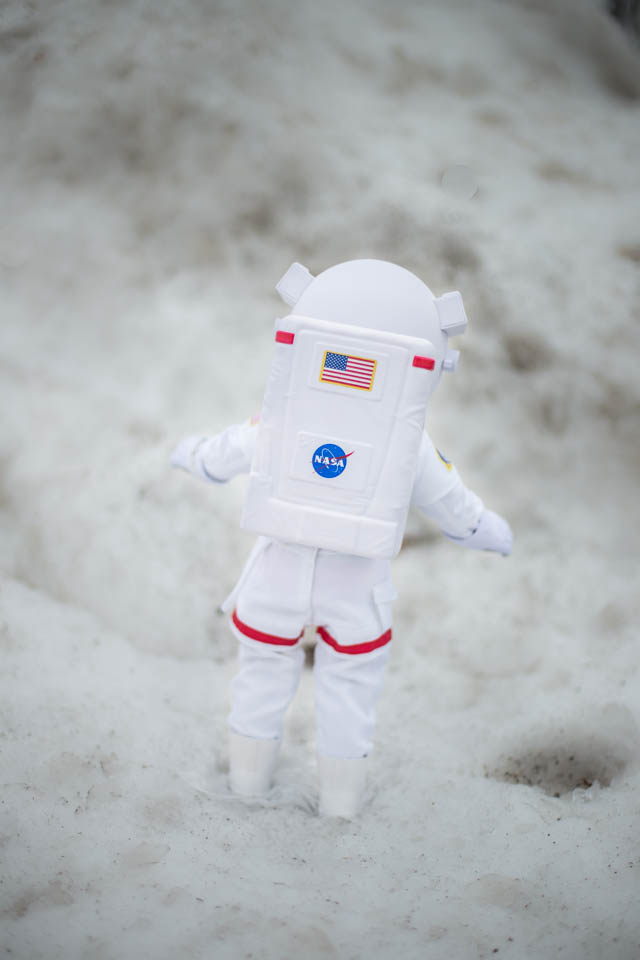 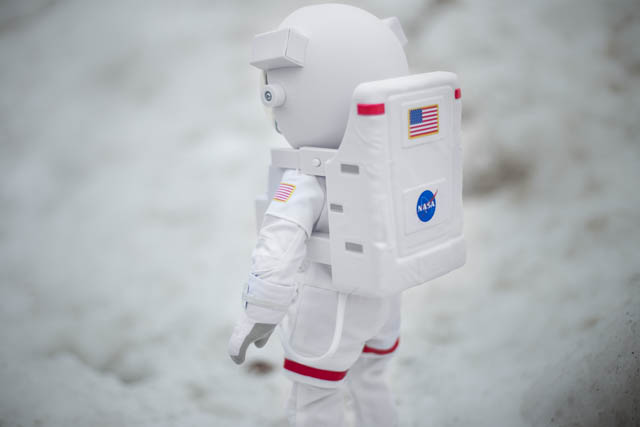 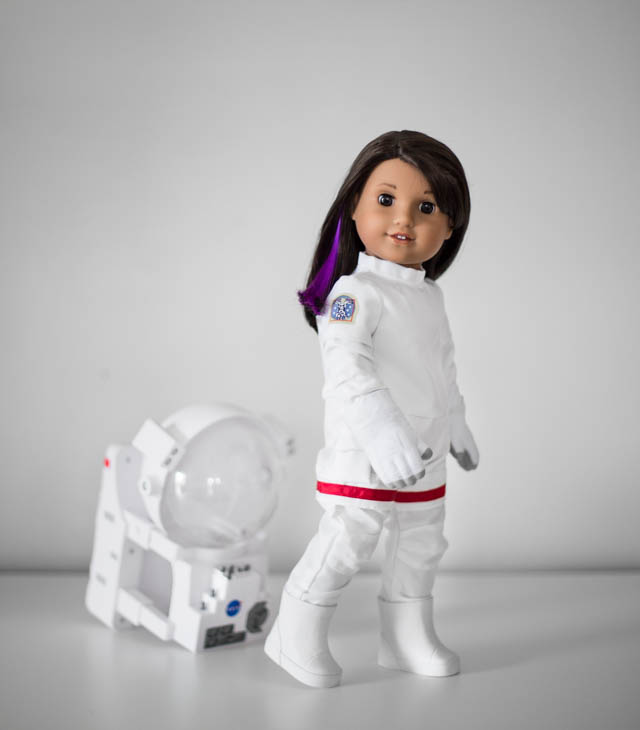 I had read a couple of reviews that said the space suit was super hard to put on...and maybe it's the years of training I've had squeezing a wriggling Ace into his skinny jeans, but I had no trouble with the suit at all! It was quite simple, and it even comes with a little instruction booklet just in case you're not sure which piece goes on first.

Luciana has many other amazing pieces in her collection. We went down to Indianapolis to check them out in the AG store, and they are just beautiful, so many cool features. Delicious quality, as usual, and great attention to detail. I love that they don't just throw together a collection of themed merchandise. They have an advisory board with NASA scientists, astronauts, and Chilean culture specialists that inspect the collection for accuracy and authenticity. I love that the toys are for fun, and also for education, and character building. And built to last for generations. I'm just a sucker for that kind of thing. Here are a few photos from American Girl that showcase them beautifully! 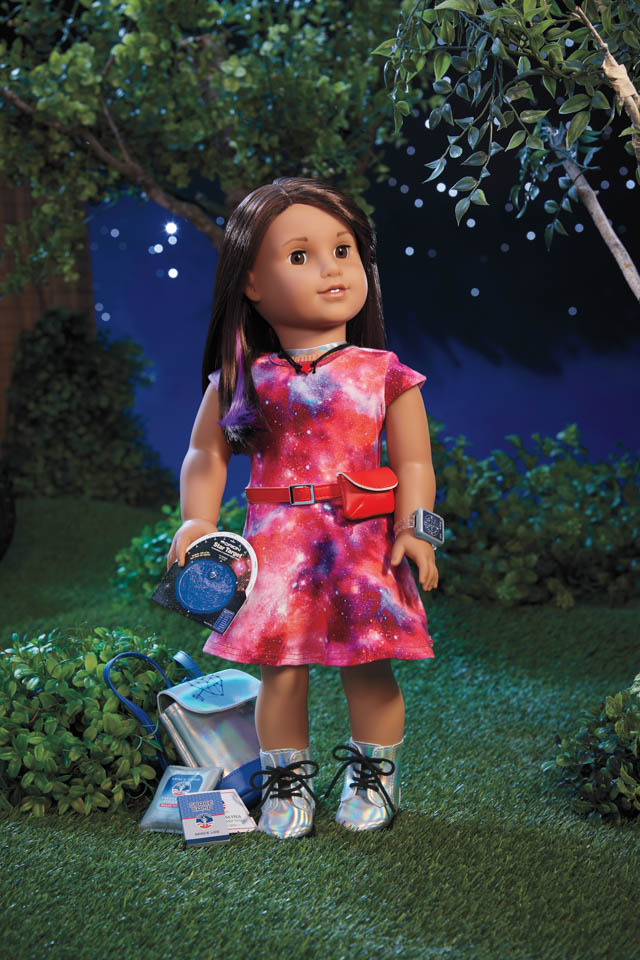 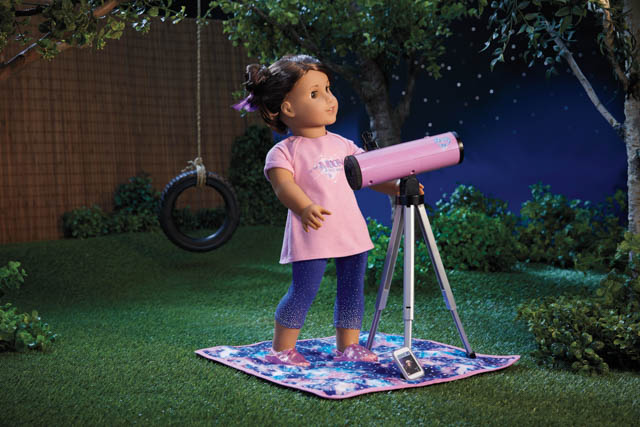 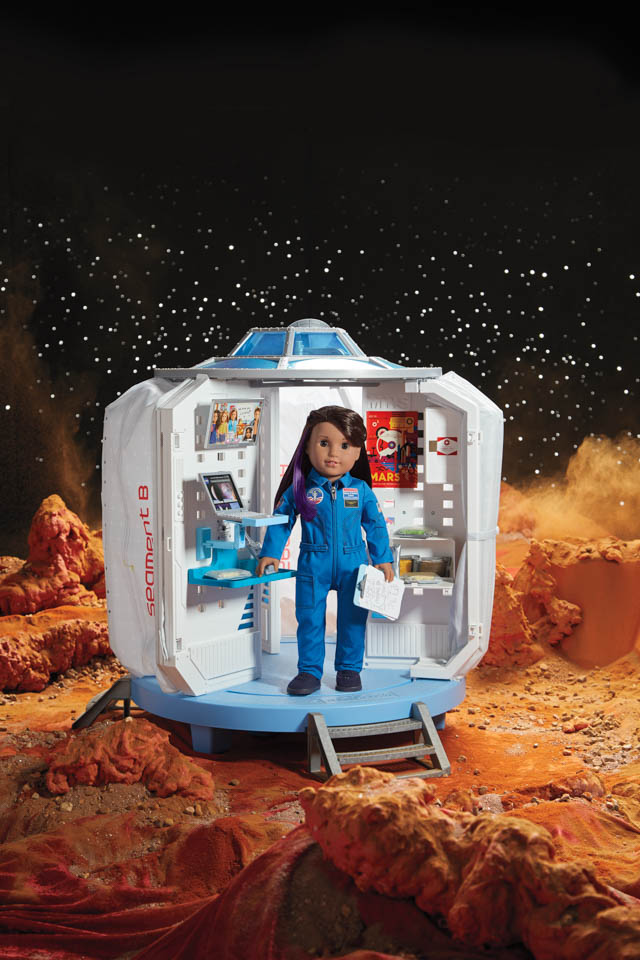 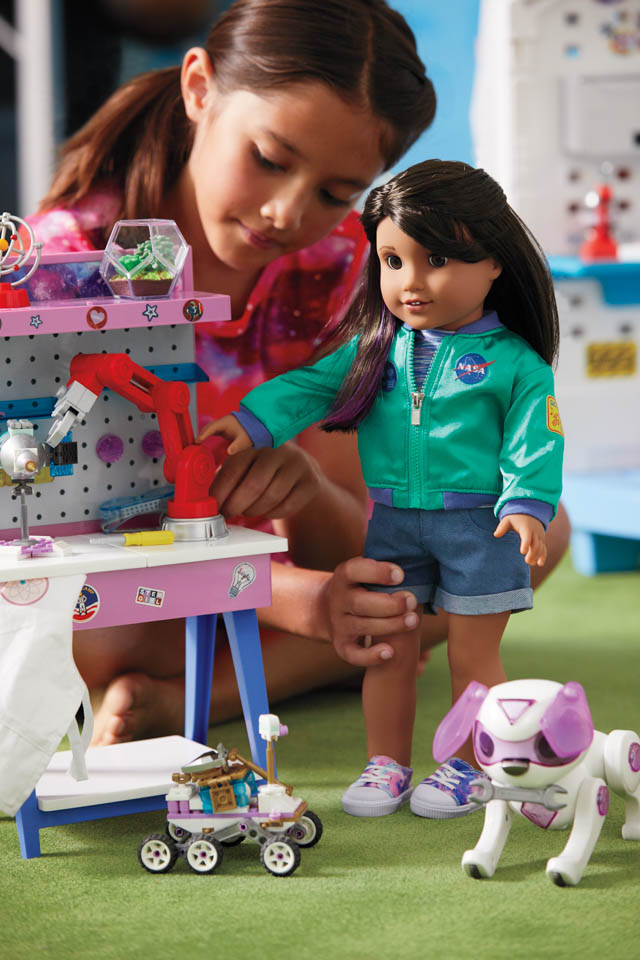 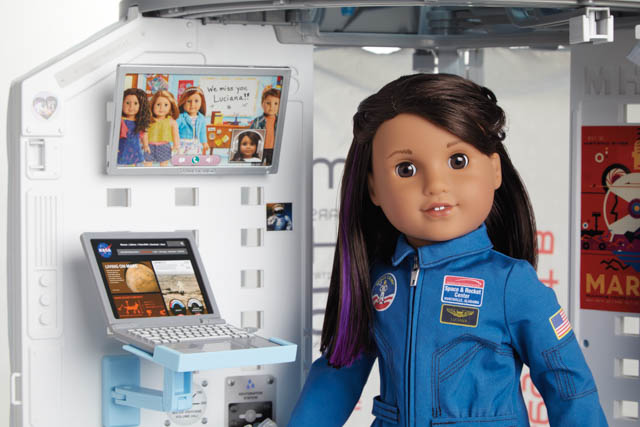 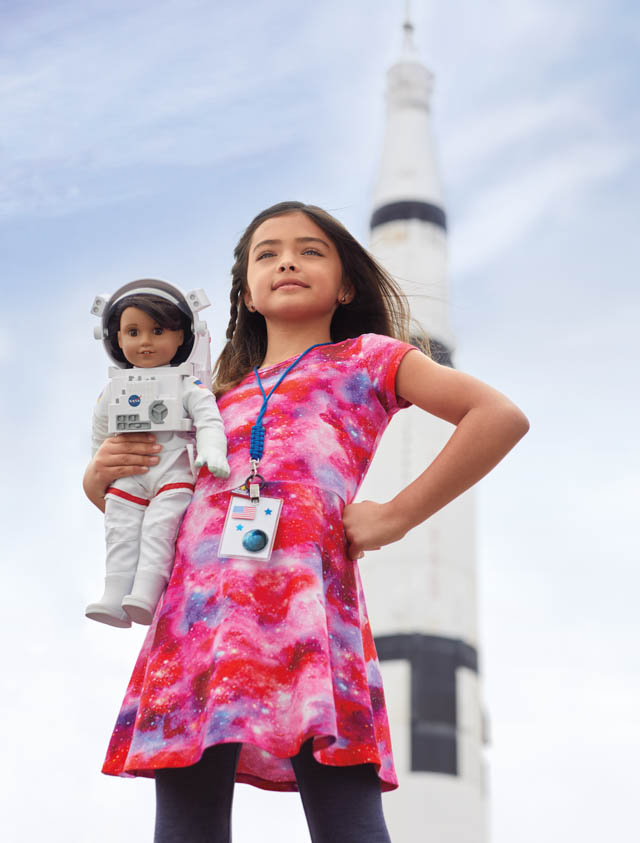 It's always interesting to see what other American Girl fans online think of the new dolls, and I have to say, this has been the most enthusiastic response I've ever seen to a new release. And understandably so! I think American Girl hit a bullseye with this doll/collection. Paige and I just finished the first Luciana book, too, and it was really good, you guys. More on that later though. :)

Thanks so much, American Girl!! I love you :)